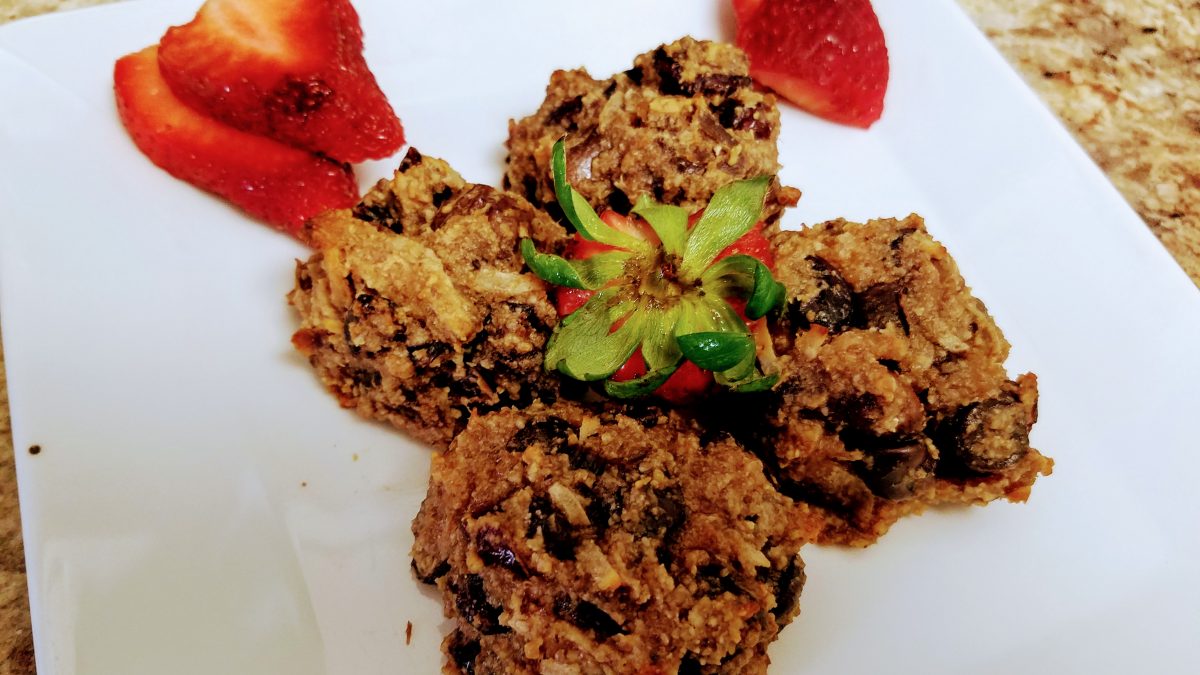 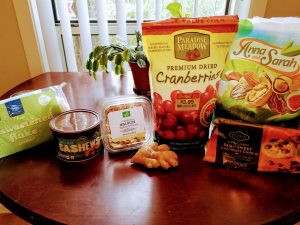 So, I made a mistake with this recipe (I’m only human!). My initial thought was that I was going to make some Ginger, Berry Energy Balls, which are “no bake”. So here is the recipe I followed and I will let you in on where I messed up and what I did to fix it!

I wanted the star of the show to be the ginger. Ginger is an amazing herb and has many healing properties! It relieves any stomach discomfort, so if you have a stomach ailment such as IBS, this herb could be the answer to your prayers. It reduces inflammation in the body, for example, if you have arthritis, it could help ease the pain and reduce swelling. It also improves circulation in the body! These are just some of the many benefits that ginger provides.

So here’s the story: First, I pulsed the walnuts and cashews in my food processor  until it turned into a floury consistency like this: 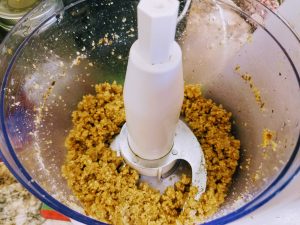 Then, I added in the other ingredients such as dates, cranberries, dark chocolate chips, coconut flakes and grated ginger into the food processor together and started pulsing. 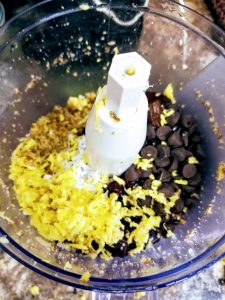 This is when things got a little weird lol. It seemed to me that the ingredients weren’t breaking down enough and were too sticky so I poured in a bit of water. BIG MISTAKE! The dough got all mushy and turned into a completely different texture than what I wanted so now I had to save the ingredients. The thing I hate worse than messing up is wasting ingredients!

What I did wassssssssss…………..made balls from this mushy formula, stuck it in the oven and WALAH! out came the most soft and chewy cookies I’ve ever made! I barely had a chance to take them out of the oven before my fiance scarfed down three and told me these were definitely better than my “no bake” ball idea lol. I have to agree with him, they were moist and the dark chocolate chips were melting so they were perfect!

The lesson I learned today was don’t give up! You may fail at things but there’s always a way to fix them. If you never fail at things, that means you aren’t trying hard enough!